I’m back on my way to gone

Well hello there my patient and loyal readers. I’ve been slightly remiss in getting in touch over the past few months and I apologize profusely. If this were the real world I would bake you something to make up for it, but since it’s the weberverse you’ll just have to imagine eating your favorite cookie courtesy of me.

While it’s no excuse, things have been legitimately busy around here as my mom has acquired her very own bionic knee and needed quite a bit of help in recovering from surgery. I’m not usually one who is enticed by squishier medical details, but I must admit that the whole process was pretty fascinating. I mean, her new knee was custom-cut by lasers in Belgium. That’s some futuristic sci-fi goodness.

The rest of my time has been spent preparing (both physically and mentally) for a pretty big move. After a few rounds of interviews I am officially heading back to Beijing to take a marketing position with a Mandarin school. In a way it feels like I’m getting a do-over, since the last time I think I left before I was really ready to go. But I was in love and I had wanted to go back to school eventually, so I convinced myself that it was time to leave. And now I will triumphantly return.

The reason I was drawn to this school is the same reason I am drawn to China: their boundless enthusiasm for what is possible. And with Chinese language programs rapidly gaining popularity in the US and Europe, I think it’s going to be a joy to promote. So, starting in about a week and a half, you’ll have the opportunity to view Beijing through my eyes and hopefully become as enamored with it as I am. And maybe I’ll even be able to convince you to come visit for a little while and learn the language the best way I know how.

In the mean time, I invite you to check out the company and the web presence over which I will soon be manning the helm. 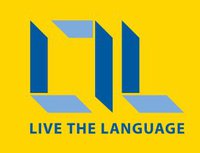